What Are You Projecting? 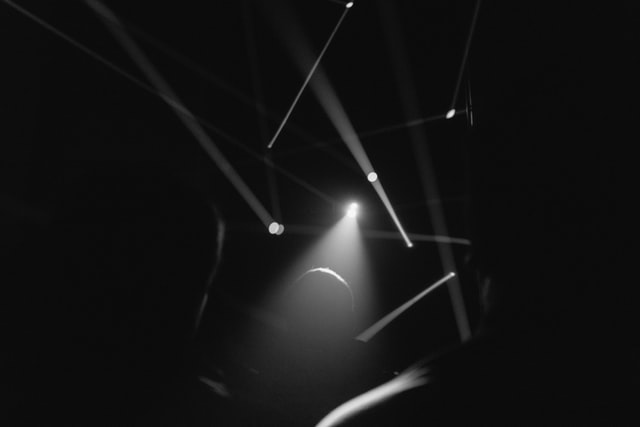 Imagine, if you will, a PROJECTORS on our head–looking out in the world. So, as we are all walking around, we are projecting our own “stuff” onto others. Now, it shows up as they other person is…

but in reality most of the time what we see in others is really a mirror of our own stuff.

Projection is a theory in psychology in which humans defend themselves against their own unconscious impulses or qualities (both positive and negative) by denying their existence in themselves while attributing them to others.

For example, a person who is habitually rude may constantly accuse other people of being rude. Sort of a blame shifting.

Projection is quite common in everyday life.

This is SO IMPORTANT. Because it’s a clue to how we are doing or what we need to work on. It especially happens when we have a lot of unprocessed emotions that we don’t what to deal with.

Maybe we are numbing ourselves so we don’t have to deal with emotions that are coming up. Eventually, though, it’s going to show up. It may show up as anger projected onto someone else. Usually those closest to us—our loved ones.

It’s also important before we go blaming others for being a certain way or complaining about so-so being selfish, we really need to look within.

These uncomfortable, even embarrassing and frustrating emotions that we don’t want to deal with are going to show up.

According to famous psychologist Sigmund Freud, these emotions are projected onto other people, so that other people become our carriers of our own perceived flaws.

Fortunately (or unfortunately) for us, this form of emotional displacement, makes it much easier to live with ourselves because everyone else is responsible for our misery — not us. We are the victim or the good and righteous person.

There’s no end to the types of feelings or emotions we can project onto other, but here are a few of the most common:

When we feel insecure about some aspect of ourselves, especially our body image, we often project onto others those same insecurities. For example, he or she is so ugly. In reality it’s YOU that thinks you are UGLY or whatever you are calling the other person. You are probably just insecure about yourself. People with low self esteem tend to put others down because in that’s how they feel about themselves. This is also what bully’s do often.

2. Attraction to someone other than your partner.

This is actually quite common when someone is attracted to a third person. They feel inside it’s not acceptable to be attracted to someone else so instead they blame their spouse for cheating. It’s their way of not dealing with their own feelings.

Anger is a very common feeling that is projected often onto others. You may be steaming on the inside but instead of handling it yourself, you tell yourself so-so is such an angry person.

If you are noticing or being triggered by someone /something someone does, I challenge you to look at it closer.

We all project in our daily lives to protect ourselves against emotions, thoughts, and perceptions that we judge as being too “bad,” “ugly,” “shameful,” or even “uncontrollable.”

I do want to say that if you feel as if someone is PROJECTING their stuff onto you, even though you’re pretty certain of this, telling them probably isn’t going to do any good! Holding up the mirror to them most likely will be met with massive resistance that you think you’re all that. This may be a time in your life that you should lay down your desire to be right and focus on your own stuff.

I honor that everyone is on their own journey and learning along the way is optional!

Projecting thoughts or emotions onto others allows you to consider how dysfunctional the other person is, but without feeling the discomfort of knowing that these thoughts and emotions are your own. We can thus criticize the other person, distancing ourselves from our own dysfunction.

This is one of the problems with projecting our stuff onto others—it makes us think we are so much better and superior to others. It makes me think I don’t have to look at myself and my own inadequacies instead I can just focus on how messed up you are!

We fail to see the good in people because we are so busy picking out their flaws. Which, in reality, they are our own FLAWS!

Secondly, projecting can create a mess because we don’t deal with the feelings in the first place. This is one of the main points that I teach—-embracing our emotions. Not being afraid of them. Welcome them. Feel them. Let them become a part of you. It’s then and only then they can’t hurt you anymore. Until dealt with, the unprocessed emotions will always find their way to the surface. Sometimes even hurting others.

When you are seeing others in a negative light, ask yourself, “Am I  projecting?”  Also understand that when others are criticizing you, they may well be criticizing a projection of themselves.

And, remember the visual I gave you of us all walking around with a projector on our head—shining on others our own stuff. Become aware of what you’re beaming out into the world and choose to handle it yourself.